Message from the President I express my gratitude to the Board for their confidence in my abilities to lead the Southern African Railway Association (SARA) and wish to thank the outgoing President, Johny Smith, CEO of TransNamib, for a job well done in navigating the organisation through the global pandemic. SARA was established in 1996, […] 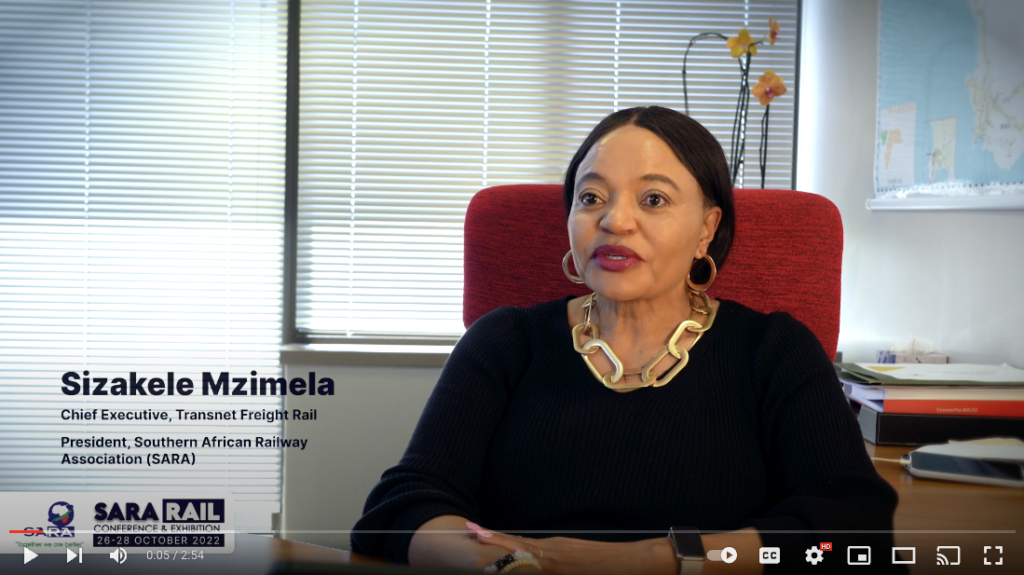 SARA was established in 1996, as a response to increasing competition from road transportation in the region. Originally, to provide the Southern African Development Community #SADC – with a strong lobbying association to pursue advocacy for fair surface transport competition, to be achieved by the “levelling of the playing field”, between road and rail – […] 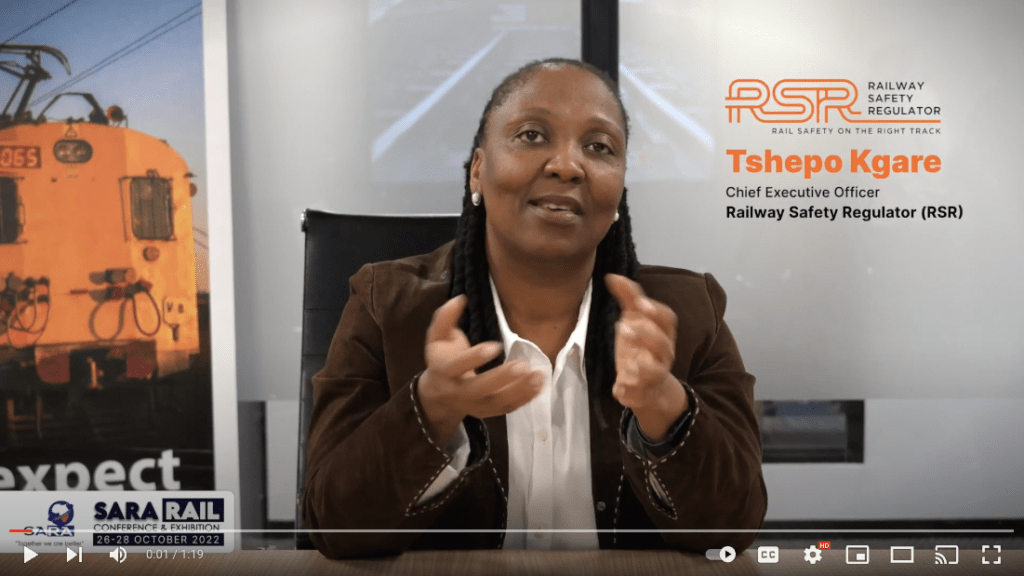 Women’s month message from Tshepo Kgare, CEO of the Railway Safety Regulator (RSR). Tshepo is encouraged to see the growing representation of women in the railway sector, but at the same time highlights some of the challenges being experienced by female train drivers. Happy Women’s Month. 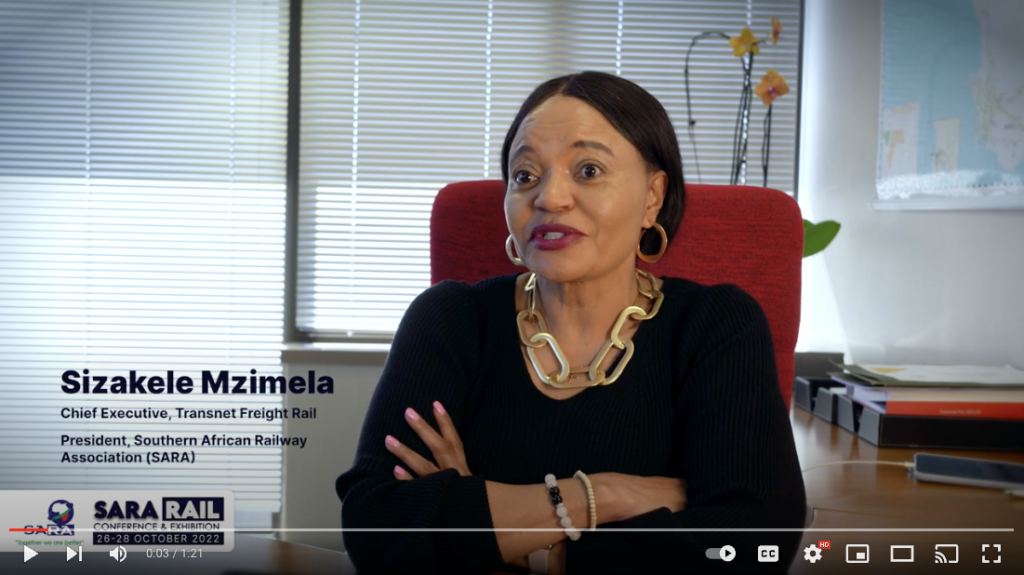 We are just as encouraged by the number of women not only represented in the rail industry across the region, but leading the sector! Listen to our SARA President, Sizakele Mzimela message for this women’s month.

SAFlog to attend the 11th SARA Rail Conference and Exhibition

Thami Gwala from SAFlog shares his views on the upcoming Southern African Railway Association Conference and Exhibition, taking place from 26-28 October at the Gallagher Convention Centre, Johannesburg. Thami is right, it’s been too long and we can’t wait to reconnect! 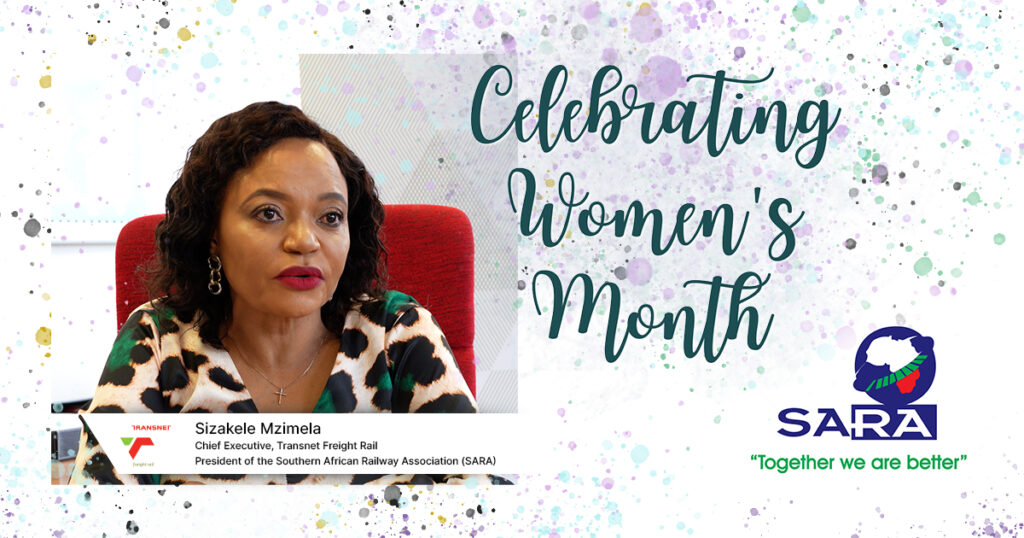 The Southern African Railways Association (SARA) is celebrating Women’s Month this August by shining a spotlight on its newly appointed President, Sizakele Mzimela. Ms. Mzimela who was appointed into the position in June this year, is also Transnet Freight Rail Chief Executive, a position she has held since 2020. She is a seasoned business executive with 29 […] 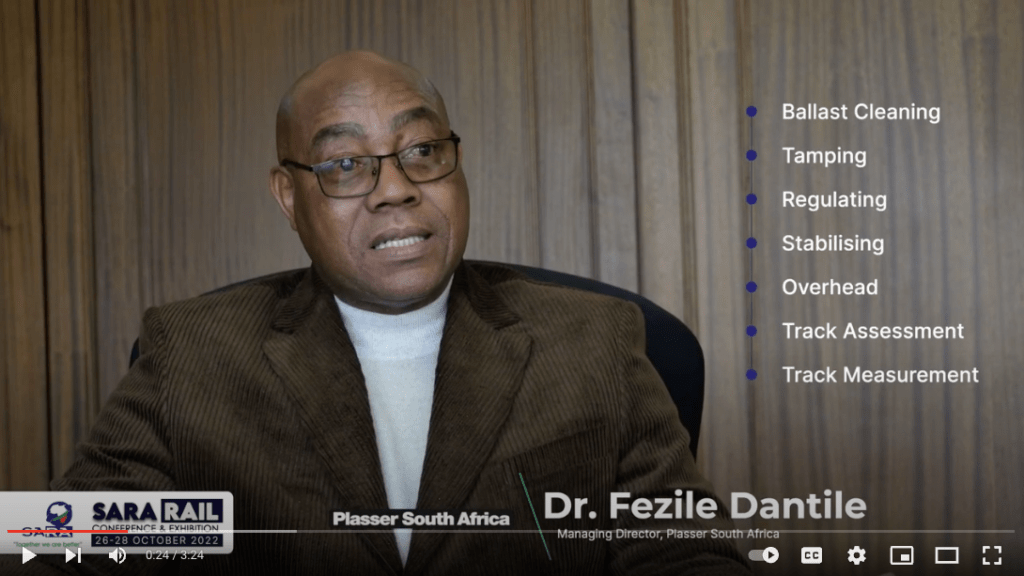 Managing Director of Plasser South Africa, Dr. Fezile Dantile invites you to attend the Southern African Railway Association (SARA) Conference and Exhibition, which will be held in Johannesburg from 26 – 28 October 2022. Plasser South Africa is in the business of mechanised railway track maintenance and construction, is a member of SARA and is […]